China Evergrande has been making headlines over the past 12 months for all the wrong reasons.

In mid-2021, the world began to learn the real estate giant was in such dire financial trouble it was posing a threat to global markets.

Fast forward to today, and Evergrande is still failing to repay debts and there are warnings the company is at risk of a brutal collapse. Major creditors have parted ways with the developer amid fears about its immediate future.

In this article, we give you the 18 facts you need to know about China Evergrande as its fate hangs in the balance.

1. China Evergrande was once the world’s most valuable real estate company

In 2018, before its debt crisis, Evergrande had become the most valuable real estate company on the planet.

The company’s financial report for that year contained the following impressive numbers (in US dollars):

When was China Evergrande founded? 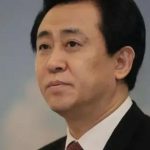 Evergrande group was established in 1996 by Hui Ka Yan (Xu Jiayin in Mandarin Chinese) in the city of Guangzhou. It was previously known as the Hengda group.

At one point, the amount of development land owned by China Evergrande added up to 565 million square metres. These properties were spread across 22 cities, including:

It is not known how much of that land has been given up by Evergrande since its major financial problems began.

Which football club does Evergrande own?

Evergrande purchased the Guangzhou Football Club in 2010. Immediately, the company set about spending big on top-level players and in 2013 the team won the AFC Champions league.

Who else owns Guangzhou Football Club?

At the time of publication, China Evergrande owns 56.71% of Guangzhou Football Club. The other owners include Alibaba Group (37.81%).

Hui Ka Yan (or Xu Jiayin Mandarin Chinese) had a net worth of $45.3 billion in 2017, before Evergrande’s debt crisis took a signficant toll.

In 2021, Xu sold mansions and private jets to cover the some of the company’s debts and at the end of that year his net worth had fallen to $6.2 billion. That makes him the 462nd richest man in the world.

Xu is said to have come from humble beginnings. He was raised by his paternal grandmother after his mother died when he was only eight years old and after school he started working in a cement product factory.

Which electric vehicle company does Evergrande own?

China Evergrande owns the China Evergrande New Energy Vehicle Group, which was established on August 28, 2019. The company was founded by Xu Jiayin and is headquartered in both China and Sweden.

In 2013, Evergrande paid world famous actor and stuntman Jackie Chan to promote a high-end mineral called ‘Evergrande Spring’, which it claimed was extracted from the natural springs of China’s Changbai Mountains.

Chan was brought on as an official brand ambassador and Evergrande had plans to list the company on the stock market.

Eventually, however, it emerged the water originated from the same source as cheaper spring water brands, and interest in the product tanked. Evergrande decided to ditch the brand and Jackie Chan was no longer required!

Some put this down to the ‘Jackie Chan’ curse, pointing to other examples of company’s failing shortly after Jackie Chan was used for promotion.

In February of 2020, China Evergrande pledged to donate $115 million to Harvard Medical School.

The deal raised some eyebrows and in 2022 the payment would become the focus of a probe into whether the origins of COVID-19 were covered up by top United States officials.

United States Senator Marco Rubio sent a letter to the President of Harvard University, Dr. Lawrence Bacow, which demanded more information about the agreement. He demanded to know whether Evergrande, which has close ties to the Chinese Communist Party, was trying to buy access to influential American scientists, including Dr Anthony Fauci, the head of the National Institute of Allergy and Infectious Diseases.

In 2022, there were reports that the co-pilot of China Eastern Airlines flight MU5737 crashed the aircraft in a murder-suicide having lost his life-savings in the Evergrande debt crisis.

One media outlet examined claims that the pilot, Zhang Zhengping, left a suicide note accusing the leaders of China Eastern of “squeezing” employees and the Chinese Government of creating a “bubble” in the economy.

The claims also suggested Zhengping invested in Evergrande and all of his savings went to zero when the company began encountering serious debt troubles.

Evergrande group owns Ocean Flower Island, which in 2021 was opened as the world’s largest artificial island.

In 2022, however, as Evergrande’s debt problems intensified it was revealed that local authorities had demanded 39 of the island’s towers be demolished because environmental and zoning regulations were ignored over 10 years of development.

11. China Evergrande has a health arm

In 2021, David Llewellyn-Smith, co-author of The Great Crash of 2008 (currently a strategist at renowned Australian Investment Manager, Nucleus Wealth), claimed that the cryptocurrency stablecoin ‘Tether’ was exposed to Evergrande’s commercial paper.

“This $300 billion debt monster is potentially China’s Lehmann Brothers, trading in subterranean junk debt to Chinese (and global) counterparties (which may include Bitcoin via Tether) at spreads that imply insolvency,” Llewellyn- Smith said.

This claim has since been denied by those behind Tether.

13. Evergrande’s debt has reached hundreds of billions of dollars

Meanwhile, around the same time, S&P Ratings said Evergrande was “highly likely to default” early in 2022.

“At some point … Evergrande’s massive debt will catch up with it,” the S&P report said.

“The firm has lost the capacity to sell new homes, which means its main business model is effectively defunct.

“This makes full repayment of its debts unlikely.”

Thirteen years after it was founded, China Evergrande held an Initial Public Offering on the Stock Exchange of Hong Kong, which raised US$722 million.

During its debt crisis in 2021, shares in Evergrande Group fell below the Initial Public Offering price of HK$3.50.

15. China Evergrande is incorporated in the Cayman Islands

While China Evergrande is headquartered in the in the Nanshan District, Shenzhen, Guangdong Province, it is incorporated in the Cayman Islands, a British overseas territory.

16. An allegation of criminal misconduct was filed against China Evergrande

In February of 2022, an allegation of criminal conduct was filed against the directors of China Evergrande.

Credit analyst Dr Marco Metzler accused the company of insolvency fraud in documents submitted to the Director of Public Prosecutions in the Cayman Islands.

“The company defaulted in December … but the directors did not file for bankruptcy in the Caymans, where the group his headquartered,” Dr Metzler said.

“(Therefore) they are in breach of their duties (and this is) a crime in the Caymans. We have reported this to the public prosecutor to start an investigation.”

China Evergrande was China’s largest developer by sales, until it was surpassed by Country Garden in 2017.

Country Garden, which is also incorporated in the Cayman Islands, was responsible for more than 200 high-end township developments throughout China, Australia and Malaysia as of 2018.

18. China Evergrande has many US-based investors

The fate of China Evergrande is important to the United States because many Americans have exposure to the company in their retirement accounts, college funds and pensions.

Who are the US investors in Evergrande?

In September of 2021, US Senator Marco Rubio suggested BlackRock, UBS, HSBC and Ashmore Group are among Evergrande’s US-based investors.

For regular updates on China Evergrande, subscribe to Asia Markets.