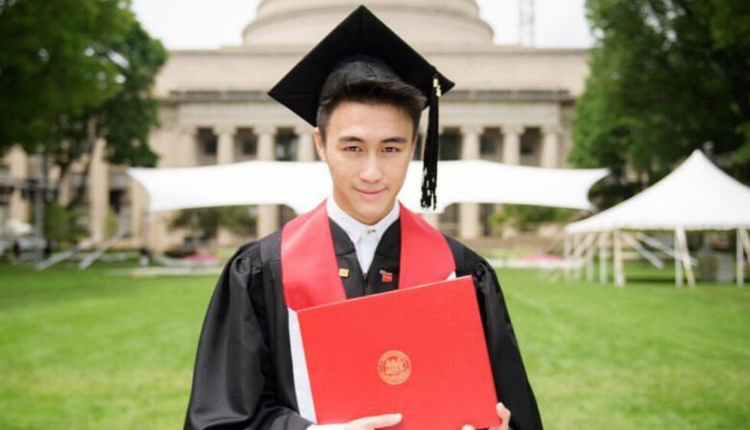 You may know Mario Ho Yau Kwan as the son of the late Stanley Ho Hung-sun, Macau’s most famous casino tycoon.

However, Mario Ho’s impressive family pedigree is just one of many interesting details about him.

Since graduating from MIT, he has become a successful entrepreneur in his own right.

He is the youngest son of Stanley Ho the third child of Ho and his fourth wife, Angela Leong.

Throughout Stanley Ho’s life, he had four wives and 17 children in total.

Who was Stanley Ho?

Stanley Ho was responsible for putting Macau on the map in the gambling world.

He changed the game in many ways, most notably by founding and serving as the chairman of SJM Holdings.

SJM Holdings owns 19 casinos in Macau, and the government eventually granted him a monopoly over the gambling business in this country for 75 years.

Therefore, it’s easy to understand why Stanley Ho is often referred to as “The King of Gambling.”

His successful career effectively turned Macau into the “Las Vegas of the East” and a more profitable one.

This fortune also led to a highly publicised feud between Ho’s family members after his death in 2020.

Outside of gambling, Stanley also founded Tak Holdings, which gave him a strong footing in various industries, such as real estate, shipping, entertainment, and air transportation.

Who is Angela Leong?

As a prominent Macau politician and billionaire, she is an impressive figure in her own right.

Angela Leong is the owner of numerous properties and businesses in Macau. She also owns properties in Hong Kong and abroad.

According to Forbes, her net worth is $3 billion, putting her in 27th place for the prize of Hong Kong’s richest person.

Mario Ho Yau Kwan is known for his exceptional abilities in math.

Between 2008 and 2013, he won the Hong Kong Championship of the World Mathematics Open twice.

He also has five gold medals from the National Mathematics Competition, which is held in the United Kingdom.

Though he was offered admission at both MIT and Oxford, Mario Ho Yau Kwan chose the Massachusetts Institute of Technology for his higher education.

Instead of taking the customary four years to complete his degree, Mario finished his studies in just three years.

When he graduated from MIT, he earned the distinction of being the youngest finance graduate ever.

He undertook studies in MIT’s Master of Finance Program, where he was again the youngest student in program history.

Interestingly enough, despite coming from an extraordinarily wealthy and powerful family, Mario Ho Yau Kwan wanted to stay away from the family business.

Upon graduation, he decided to forge his own path in the business world, as he wanted to embody the entrepreneurial spirit that characterized his late father.

Although he is still very young, Mario Ho is making impressive moves in his professional career.

It seems that his main interest is the MSI Finance Management Company (MSI), of which he is a co-founder.

Mario Ho is an avid sports fan. He founded the Victor Five, an esports business in China that sets up video game competitions.

He is also a partner in another video-game company called iDreamsky, and the president of the Macau E-Sports Federation.

Additionally, according to his LinkedIn profile, he is the chairman and co-CEO of Ninjas in Pyjamas and the co-founder of Tiancai, and a member of several different associations.

These include the Youth Committee of the Commercial Association of Macau, the Guangdong Province Federation of Returned Overseas Chinese, and the Guangzhou Overseas Friendship Association.

Although we can gain plenty of insight into Mario Ho Yau Kwan’s business interests on the internet, plenty is still unknown.

Which TV Shows has Mario Ho Yau Kwan appeared on?

Aside from his business pursuits, Mario Ho Yau Kwan is a recognizable figure thanks to his participation in numerous television shows.

Recently, he appeared on the Chinese show “Burning Brain,” where he impressed viewers with his math know-how. He competed in several challenging rounds and ultimately won the competition.

Thanks to his participation in television programs, especially this latest one on “Burning Brain,” Mario Ho Yau Kwan is becoming a household name in Asian countries.

Given that Mario Ho Yau Kwan has lived abroad and has international business interests, it’s no surprise that he speaks several languages.

These include English, Chinese, Cantonese, French, and Korean.

They began dating in 2017 after meeting on a Chinese reality show.

When the couple was engaged, Ho Yau Kwan said “(the) girl of my dreams is now going to be my wife… I’m still in disbelief!”

Ming Xi gave birth to the couple’s first child, and they are expecting a second.

What Is Mario Ho Yau Kwan’s Net Worth?

As a result of his enormous success, there is much speculation about Mario Ho Yau Kwan’s net worth.

However, he has never personally revealed his net worth.

Some online sources estimate it to be around $64.4 million, though it is likely more.

AsiaMarkets.com is your ultimate source of business news from the fast growing region on the planet. The best news – you can subscribe free here.