What we know about China’s Shijian-class satellites 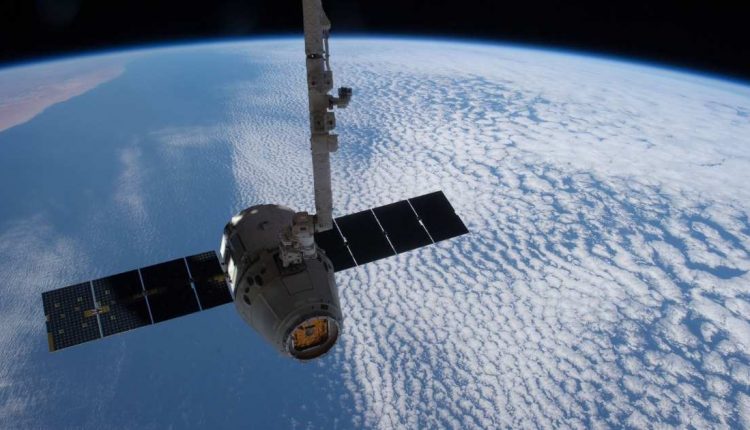 Shijian-class satellites are a crucial part of China’s plans for space, but what are these satellites, and why do they matter? Let’s take a look and find out.

What are Shijian satellites?

Shijian translates approximately as “practice” and refers to satellite launches examining and testing new technologies. Although Shijian launches may also involve testing new rocket systems, these refer specifically to testing satellite technologies. As of October 2021, China has launched 21 satellites in the Shijian series.

The first launch was back in 1971 as one of China’s first-ever launches, but they’ve become more frequent in recent years as China has developed more satellite technologies.

Their status as experimental satellites means there’s often little that the satellites have in common aside from sensors that can help monitor their performance. While most of the actual launches have been successful, there have been odd cases like Shijian-3, which was canceled instead.

Shijian launches should not be confused with the Shiyan (Experiment) or Chuangxin (Innovation) lines for satellite launches. While the exact details of each line are typically kept secret, it’s generally thought that each line has a different technology focus and may send information back to different groups.

Shijian satellites probably focus on verifying more stable technology before it starts seeing earnest use. Meanwhile, the other lines are likely testing brand-new technologies and may see a higher failure rate.

China launched the Shijian-21 on October 23, 2021, with no prior announcements. However, they confirmed the launch shortly afterward. The stated mission of the launch was to help verify space debris mitigation technologies, which has become an increasing concern.

This is particularly important for avoiding Kessler Syndrome, a not-so-hypothetical scenario in which collisions in space create debris that creates more collisions, leading to a chain reaction in which spaceflight becomes more difficult or even impossible.

The Shijian-21 launch was the 39th for China during 2021, and the Shanghai Academy of Spaceflight Technology built the satellite itself.

The launch was done through China’s Long March 3B rocket, a three-stage launch system China has been using since 1996. Although its technology is slightly older at this point, it’s also well-known, and it’s had an overall success rate of about 95%.

The Long March 3B primarily launches satellites into Geostationary Orbit or Medium Earth Orbit, although China occasionally uses this rocket for other purposes. It’s particularly notable as the rocket of choice for the Chang’e 3 and 4 missions, which successfully landed equipment on the moon.

China is moving ahead towards developing reusable rockets and technology, so the Long March 3B will likely see retirement once viable replacements become more available. Currently, the Long March 3B costs an estimated US$50-70 million per launch. The actual value of the Shijian-21 satellite is unknown.

While China likely doesn’t explain every technology or mission objective for their Shijian satellites, they usually acknowledge launches soon after and eventually provide some information about their goals.

The first launch was on March 3, 1971, with the SJ-1. This satellite included an x-ray detector and a Geiger counter, which helped gain a better understanding of space and the environment that future satellites would likely operate in.

The SJ-2 launch in 1981 included a trio of satellites sent to somewhat different places. In addition to testing sensors for probing space debris, this was also China’s first launch of multiple spacecraft from one vehicle and was overall considered a resoundingly successful mission.

SJ-3 is one of the rare cancellations of the program. Initially intended to focus on Earth observation technology, China ultimately scrapped the mission in favor of coordinating with Brazil on the project.

Since then, Shijian launches have often focused on monitoring and sensor technology, ranging from high-energy proton and electron detectors to radiation sensors. More recent launches have included technology related to telecommunications and broadcasting.

It’s thought that China may be testing weapons technology with some of the Shijian satellite launches, but the Chinese government generally denies such allegations.

Although most Shijian launches have been largely free of controversies, China’s government has come under fire in recent years for suspicion of military activity in space. An example of this is the Shijian-15 launch, which included a satellite with an arm that could grapple other satellites.

One of the main issues with these space technologies is that many are dual-use. A system that removes space debris, for example, can probably remove other satellites or desirable technology.

Similarly, some communications and broadcasting equipment could interfere with signals and jamming devices.

It’s challenging to produce single-use technology in space, where almost anything could be theoretically turned into a weapon. That includes simply engaging a satellite’s thrusters and having it attempt to ram something else.

The Shijian-21 launch is also mildly controversial because China has, to date, shown limited interest in mitigating space debris or stopping Kessler Syndrome. While the satellite could represent a change in thought, it could also be part of a weaponization plan.

Ultimately, only the Chinese government knows its actual plans for satellites, and people on the outside are left to guess.

Most observers believe that China has major plans for space. However, much like the details of satellite launches, the truth is difficult to know.

Largely independently, China created a crewed space station, launched numerous satellites, and put landers on the moon. Theories about their ambitions include being the first to establish a settlement on the moon or Mars – or advancing space weaponry enough to acquire a decisive military advantage over competitors.

It is known that China launches satellites as often as every few days and rarely goes more than a few weeks without a launch unless local conditions prevent this. With each launch costing tens of millions of dollars, the high investment in this area implies that China expects, and is possibly already receiving, a strong return on its investment.

Read: How to invest in Chinese stocks from the U.S.